Home › Lifestyle, Technology › Will Streaming Have a Long-Term Impact on Our Notions of Media Ownership?

In a lot of ways, we are turning into a society of renters. Technology makes it possible for us to instantly access our media collections, and it’s not uncommon to widen our access to various media with the help of subscription services that allows us “unlimited” access to certain items.

The way we interact with media, and our notions of ownership, seem to be changing as the ability to stream more media improves. I see this in my own life with almost all the media I own. 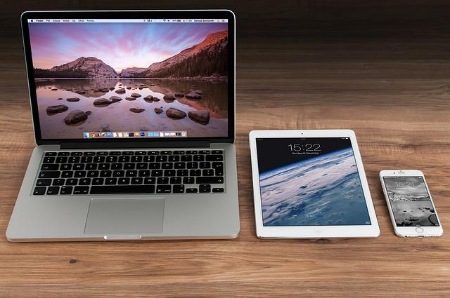 It’s common these days to pay for access, rather than pay for media ownership. Consider services like Spotify. You can pay a monthly subscription, and then access an entire music library. Rather than paying a dollar or two for an individual song, and building your digital library that way, you can pay about $10 a month and access what — for all intents and purposes — amounts to an infinite playlist.

Movies and TV shows are also commonly accessed rather than owns for many of us. I’ve got subscriptions to Netflix and Hulu, and we’re members of Amazon Prime. Rather than buy seasons of TV shows or movies, we often check to see if we can stream something first. Rather than building a movie collection one Blu-ray at a time, it’s possible to access thousands of movies by paying a monthly subscription fee.

You can even do something similar with books. Kindle recently introduced its “Unlimited” program, which allows you to access select books via Kindle for a monthly subscription fee. This has been great for me. Rather than re-buying books for Kindle, I can just use the Unlimited program to access the books.

There’s no reason for media ownership if you can pay for a subscription to access a wider range of choices. Of course, even as we shift our expectations a little bit, there are still hiccups in the system. And, of course, there is the reality that, in some cases, ownership is still preferable to this type of renting.

Downsides to a Lack of Media Ownership

The biggest downside to a lack of ownership is that you don’t actually own the content. If you cancel your streaming subscription, or if you don’t have access to the Internet, you won’t be able to get the content you want. I’ve got a pretty good playlist built in Spotify, and I can listen offline as well as online, and use it on multiple devices. However, as soon as I stop paying for that subscription, accessing my playlist won’t be nearly so convenient.

All digital content — even what you purchase — has an ownership risk. If you purchase the digital version of a movie, or buy a song from iTunes, you run the risk of having that content erased. Many Kindle users have had problems with their devices and purchases when they travel internationally. While digital content is easier to manage, the reality is that you may not have as much control over it as you think. And if you are only paying for access rather than media ownership, the control you have is even more tenuous.

Another issue is that the game is always changing, and you still might not get what you want. My husband and I have been hate-watching Arrow for some time now. The first two seasons are on Netflix, easy to access with our subscription. The third season, though, isn’t so easy to get. You can buy episodes on Amazon (I would like to see a Prime membership allow access to all streaming content, but that’s a complaint for another day), but we don’t actually like the show enough to pay for it individually. So we checked Hulu. Unfortunately, Hulu only keeps episodes for a short period of time. We could access the latest episodes, but the first eight episodes of the third season were inaccessible.

Our solution was to just move on to watch something else (we’ve got all sorts of BBC America programming saved on the DVR). We can revisit Arrow when season three makes it to Netflix, if we remember.

And, really, that’s one of the biggest changes that streaming is bringing. Many of us don’t care so much about ownership as we do about being able to access what we want, when we want it, in the way we want it. The real test will be whether or not media providers change enough to allow us what we want.

What do you think? What are the new realities of ownership and access with today’s technology?