Home › Lifestyle, Travel › Planes, Trains and Automobiles: Moving About Without Your Own Vehicle

Over the holidays, I spent 10 days in Philadelphia, New York City, and Springfield, MA. My son and I flew out from Idaho so he could spend Christmas with his dad and is paternal grandparents. The whole trip was a fun adventure, and I got a taste of what it’s like to coordinate different travel options when you don’t have your own personal vehicle.

This trip served as a test run for a planned train trek across Canada with my son next summer. We’re still working out some of the details, including research which railway to use. But it was an adventure, and I enjoyed it immensely.

Getting Around with Planes, Trains and Automobiles

After riding a shuttle bus from Idaho Falls to Salt Lake City, we flew to Philadelphia, where my ex-husband met us at the airport. (Fun fact: due to crappy weather, it took four hours for us to get to Salt Lake. Our flight was only 3.5 hours.) He rode the shuttle out to meet us because he didn’t want to mess with parking at the airport. I chose a hotel in Center City, not too far from Suburban Station, so I hopped on SEPTA‘s airport line to get near my lodgings. After checking in, I had dinner and wandered a little bit. Choosing a hotel near the city center meant that there was plenty to eat, see, and do within walking distance, reducing my need for transportation. 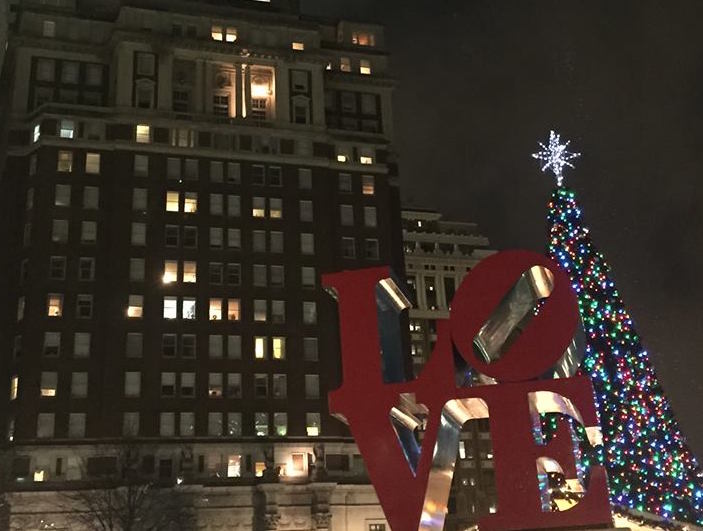 I rode an Amtrak train to New York City for the next part of my trip. I had points saved up from my time in Philadelphia since I often rode the train to New York (it’s also pretty easy to ride the train to Boston and Washington, D.C., and just about everywhere in between). Earning points and using them makes sense, and I have many of my loyalty programs connected, since hotels, car rentals, trains, and airlines often have “partner” deals.

Once again, I chose my hotel for its location near transit. My hotel in Chelsea was near small Subway stations, as well as only being a 15-minute walk from Penn Station. Not only did this make getting around New York easy, but it also made it easy for me to get to Penn Station for my train to Hartford, CT, where I was to be picked up by family members to spend Christmas in Springfield, MA.

Unfortunately, the train didn’t pan out, and I ended up using my phone to figure out alternate routes to Hartford. In the end, I took a train back to Philly and hopped on a plane to Hartford. I ended up getting there four hours ahead of my alternative schedule. The fact that there are more options back East made this a little easier. I can’t even imagine trying to manage the same way — with transportation between cities at convenient times — here in the Intermountain West. I also know that someone without resources would have a hard time being able to make these alternative arrangements.

My parents and I split a car rental while in Springfield, though, because I wanted a more individual and flexible mode of transportation when it was time to pick up my son. My ex drove with him up to his own parents’ after Christmas for a couple of days, and I drove over to meet them. My ex’s parents live within two hours of my sister, so it was easy (when you grow up in Idaho, a two-hour drive each way is nothing). This was the only part of the trip when it was more convenient to have a vehicle. Since I parked at a private residence, and didn’t have to try to find parking, or worry about the car, it was easier to take advantage of the extreme flexibility.

My son and I took a train back to New York for New Year’s Eve, and then another train to Newark, NJ, where a monorail shuttles people between the station and EWR. Our hotel was located within walking distance of EWR (just cross the long-term parking lot and hop a couple barriers). 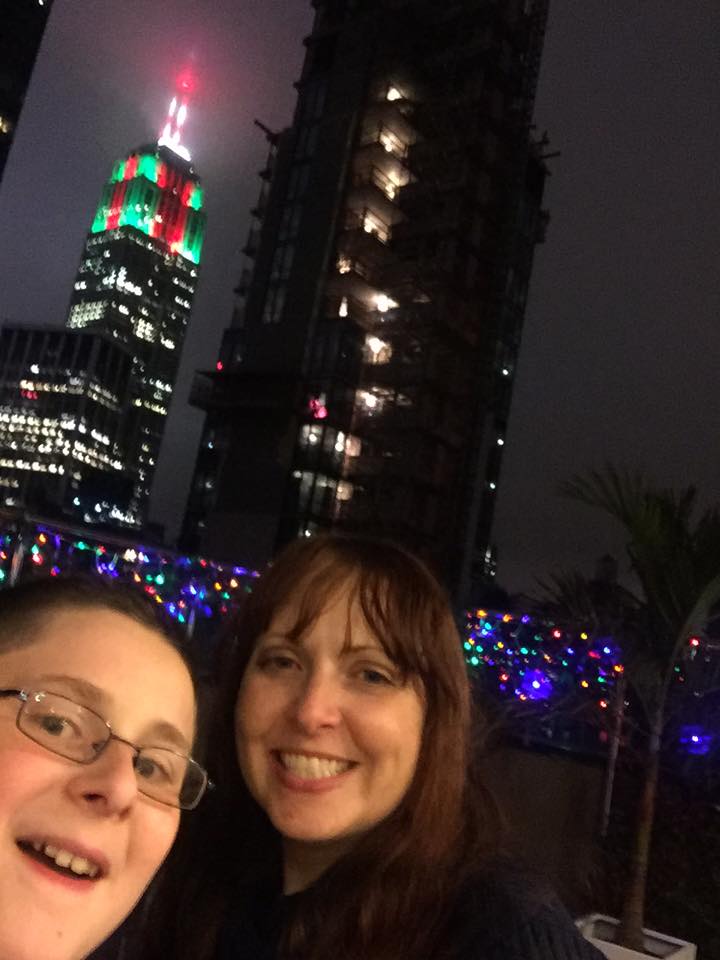 Things got dicey again once we made back over the Continental Divide. We flew back into Jackson Hole (ridiculously inexpensive tickets) and there are only two daily shuttles running from Jackson to Idaho Falls. Ours didn’t come until 7 pm. No one wants to spend seven hours at the Jackson Hole airport, waiting for a two-hour shuttle. Instead, I went to the rental counter (my mom is a genius) and asked for a car. We made it back five hours before the shuttle even left Jackson Hole.

Through this whole adventure, I remembered how easy it was to get around by train when I was an exchange student in Austria, and how much I enjoyed the train when I lived in Philadelphia. No worries about finding (expensive) parking, and I can do work on the train; it’s hard to write when you’re driving. By using a combination planes, trains and automobiles to get around, I was able to get everywhere I needed to be, and do so with a minimum of fuss.

I’m excited for our train trip later this year. I’ve started researching, and I’m looking for the best way to plan, since we’ll want to save money and still enjoy ourselves.

How do you travel? Do you find it more or less convenient to travel as car-free as possible?

Tweet
Share
Pin
0 Shares
← Do You Have Personal Growth Goals for the Coming Year?
Could Using Guilt on Your Children Backfire? →