Warning: Use of undefined constant ENABLE_CACHE - assumed 'ENABLE_CACHE' (this will throw an Error in a future version of PHP) in /home/tomdrake/public_html/liverichlivewell.com/wp-config.php on line 54
 When Do You Need to Say No? | Live Rich, Live Well

Home › Emotional Health, Health, Lifestyle, Productivity › When Do You Need to Say No?

Ever since reading an inspiring post on leadership by Luke Landes, I’ve been trying to say “yes” more to the kinds of projects I truly want to be involved in — even if it means I might not get paid.

I’m trying to move beyond a completely mercenary mindset in my life and with my career, and focus on things that are fulfilling to me, as well as projects that might be useful to others in the community. 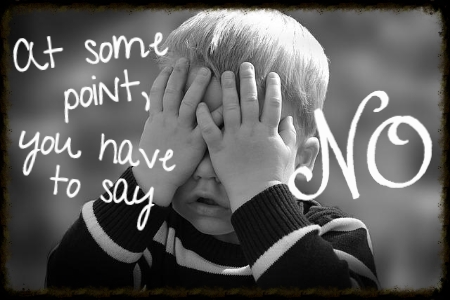 However, as much as I would like to say yes, the reality (as Luke points out) is that sometimes you have no choice but to say no. The key is figuring out when to say yes, and when to say no. You need to look at where you stand, and then decide when it makes sense for you to say no.

Sometimes, You Say No For Now — But Yes For Later

Right now, I’m in the midst of a number of life upheavals. I’ve got a lot going on right now, what with helping to plan the Plutus Awards and participating on a panel at FinCon. And, of course, I love working on the Money Mastermind Show, and I’m excited about a joint podcast venture with another group of bloggers.

But right while this is happening (and I still need to complete client work, mind you, because it’s nice to buy food), we’re packing up and moving across the country. There’s a house to sell, housing to secure on the other side, services to change, and numerous other items to take care of. It’s been almost a decade since I’ve had to complete a cross-country move, and it’s a lot more work than I remember it being.

So, even though I’d like to say yes a little more right now, I’ve had to say no. But, for projects I’m interested in, and that I think have real potential for the future, I don’t want the fact that I’ve reached my limit to slam the door.

I’m saying no for now, but making it clear that later — like October, after FinCon is over and I’ve caught my breath — I’m willing to revisit the project/partnership/whatever and possibly say yes.

Saying no doesn’t have to be a permanent decision; if it’s something you think is worthwhile and that has potential, you might need to put it on the shelf for a little bit.

When to Say No FOR REALS

Of course, just because there are some projects that you want to revisit, it doesn’t mean that you can’t say no for reals to some things. Since I am at my limit, and since my future is starting to fill up with interesting opportunities, there are some things that I will have to pass up.

You can’t get so bogged down that you:

While it’s nice to be busy, it’s important to find a balance. At some point, you might be doing so much that you’re really just spinning your wheels. Overcommitting doesn’t help anyone. It results in less-than-stellar work, and it burns you out, making you useless for anything else.

Then, say no to everything else.