Home › Culture and Arts, Lifestyle › How Do You Observe Memorial Day?

Memorial Day has become a way for us to think about the sacrifices made by military service members, past and present.

So, how do you observe Memorial Day? 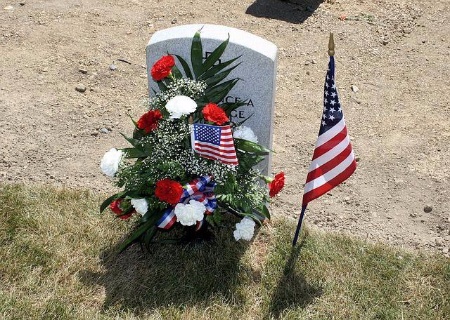 I often find myself sleeping in, and then getting up to do work. I don’t often take Memorial Day off; I usually have client work to do. However, I do try to take some time to reflect on those who have sacrificed on my behalf. There aren’t a lot of military service members in my own family. My maternal grandfather served in the reserves, but other than that, there haven’t been soldiers in my family. My husband’s family has soldiers, however, including his grandfather who was decorated and his second cousin, who served in Iraq.

Even though I don’t have a lot of family members who have served, I do know people who have. A surprising number of those in the financial blogging space have served in the military, and as I have gotten to know them, I feel a great deal of respect for them.

I think it only fair to stop and think about them and their sacrifices. To me, it seems even more important because I will never have to experience this sacrifice, and my privileged background means that my immediate loved ones will probably never be in any real danger.

Some years, I join my parents as they visit graves of loved ones in cemeteries around the state of Utah. We aren’t the only ones. Many of us think of Memorial Day as a day to think about all of our dead — not just our military dead. It’s a time to think about those who have passed on before us, and who have tried to make a better future for us, even if they haven’t served in the Armed Forces.

This year, I am far from my family, and I have no graves to visit. I’ll probably take my son to the apartment complex pool so he can play (the pool opened this weekend) in the water and enjoy his day off school. I’ll get some more work done.

And, since he just finished up a poetry unit in English, I think we’ll take a look at the poem that has come to be associated with Memorial Day.

In Flanders Fields by John McCrae

In Flanders fields the poppies blow
Between the crosses, row on row,
That mark our place; and in the sky
The larks, still bravely singing, fly
Scarce heard amid the guns below.

We are the Dead. Short days ago
We lived, felt dawn, saw sunset glow,
Loved and were loved, and now we lie
In Flanders fields.

Take up our quarrel with the foe:
To you from failing hands we throw
The torch; be yours to hold it high.
If ye break faith with us who die
We shall not sleep, though poppies grow
In Flanders fields.

Tweet
Share
Pin
0 Shares
← How to Stop Your Bad Habits
After the Job Interview: 9 Tips for Following Up →