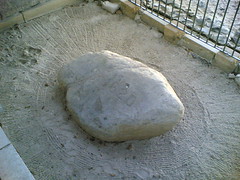 My favorite holiday is Thanksgiving. There’s something very homey about a holiday that centers around the family gathering together around the dining table. I like that there is good food, good conversation and interaction with people that I haven’t seen in a while. I also like that this holiday really is about giving — giving of yourself, sharing your food and expressing gratitude. And, in spite of the materialistic craziness that starts the day after Thanksgiving, it is nice to enjoy an unhurried day of companionship unmarked by greed and consumerism. So I look forward to Thanksgiving every year. We usually have it at our house in Utah, inviting my New York husband’s displaced relatives living out west, and it is my favorite of holiday entertaining events. So, in honor of the day, I thought I’d share some Thanksgiving holiday facts:

The Date of Thanksgiving

Throughout the years after the founding of the United States, various presidents issued proclamations of thanksgiving and recommended observances of days of thanksgiving. But Thanksgiving was not considered an official holiday until Abraham Lincoln made it so in 1863. Following Lincoln, the day was observed on the final Thursday in November, but it was not a federal holiday. FDR signed legislation making Thanksgiving a federal holiday in December 1941, fixing the date as the fourth Thursday in November.

At the pilgrims’ Thanksgiving feast, there were no ovens to bake pumpkin pies, so they boiled their pumpkins. They also had a wider range of fruits and vegetables than we usually eat, and a wider range of meats, including goose and venison (and possible rabbit), in addition to turkey. Minnesota is the top turkey-producing state in the U.S., and about 1/5 of all turkeys eaten each year in the U.S. are consumed on Thanksgiving Day. Most Americans — 88% of them — claim to eat turkey at Thanksgiving.

There is also pagan interest in Thanksgiving, since the cornucopia, the horn of plenty, associated with Thanksgiving tradition. The origin of a horn of plenty dates back to Greece, and the story of Zeus accidentally breaking off the horn of his goat playmate and, to make amends, enchanting it so that it would provide what the holder wished for. Cornucopias are also depicted as symbols of plenty and the harvest in a number of non-Christian cultures, with various produce and grains spilling out. Other interesting symbolism related to the foods we eat on Thanksgiving include: 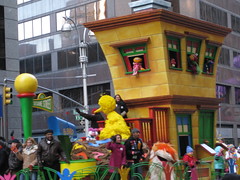 Football is a big deal on Thanksgiving. Many people gather to watch various college and professional games. The Detroit Lions are well-known for their tradition of playing on Thanksgiving Day, starting in 1934 and leaving only between 1939 and 1944, during World War II. But Thanksgiving and the weekend following is especially known for college football rivalry games, one of the most notable is the Turkey Day Classic, played between Alabama State University and Tuskegee University starting in 1924. And, of course, here in Utah, we have the “Holy War” between Brigham Young University and the University of Utah.

No matter what you decide to do on Thanksgiving, I hope it is a happy one, filled with family, friends and good food.