During my time working on my Journalism M.A. in Syracuse, I covered the religion “beat.” As part of my beat, I went to a Pagan Pride Festival, which is held around the time of the autumnal equinox each year at Long Branch Park near Onondaga Lake. The hill/mound at Long Branch Park is considered sacred by some, and the festival was certainly interesting. While at the festival, I talked to various participants about the significance of the fall equinox, and what it means to them. 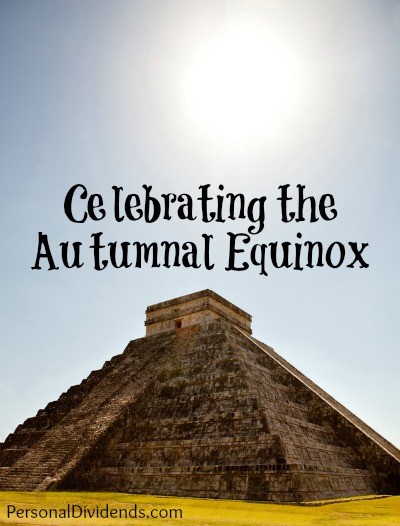 For the most part, the autumnal equinox is a time of reflection — and ending. By the time of the equinox, the harvest has been gathered in, and it is time to prepare for the long, dark winter ahead. In many ancient cultures, the festivals surrounding the fall equinox — a time when the day and the night are exactly the same length — represented the last outdoor community activities until the return of spring.

Calendars In 2013, the autumnal equinox falls on September 22. Many ancient cultures were well-aware of the placement of the sun throughout the year, and created calendars to mark important dates, including the solstices and equinoxes:

Most ancient civilizations had some way of marking the time, and many of them included the fall equinox in their calculations. Many surviving calendars from sufficiently advanced civilizations offer insight into the ancients’ knowledge of the sun, moon, and stars.

Bonfires were a part of ancient Celtic celebrations acknowledging the harvest. In Celtic mythology, this is also a commemoration of the birth of the god Mabon, who was son of Mordon, the Great Mother.

Christianity turned equinox celebrations into a feast for the Archangel Michael during Medieval times. It was referred to as Michaelmas, and falls on the September 29. A fattened goose is traditional fare for Michaelmas.

Additionally, this is traditionally a time when rents were paid and other accounts settled. I read Jane Austen, and that is a date that comes up on occasion when fixing events.

The Chumash tribe from Southern California celebrate the harvest, and hold a ceremony designed to unify the tribe spiritually in preparation for the difficulties of the winter ahead.

After the French Revolution, a calendar naming the fall equinox as the first day of the year was adopted. The calendar made the months equal days in length (30), which meant that there were a few extra days that weren’t part of the year, and they were used to celebrate different desired qualities.

In the end, the equinox is significant, if only for the fact that it marks a state of affairs that happens only twice a year.